Over 100 nonviolent activists have been arrested at factory farms in Sonoma County for taking nonviolent direct action to help suffering animals after the government ignored repeated reports of criminal animal cruelty. Six activists face a total of 47 felonies stemming from three actions at three different factory farms which occurred in May 2018, September 2018, and June 2019.

We, the undersigned, write to demand immediate action to rectify the abuses of the factory farming industry around the world, and protect whistleblowers who expose this misconduct and help the suffering animals.

By signing, you agree to receive email messages from Direct Action Everywhere.
You may unsubscribe at any time. 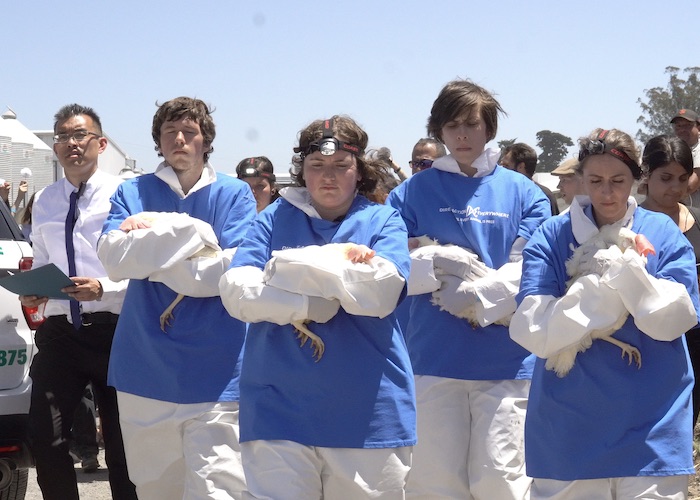 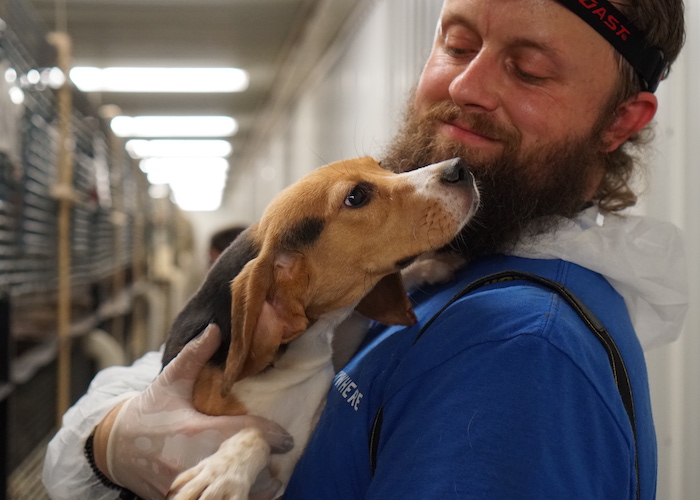 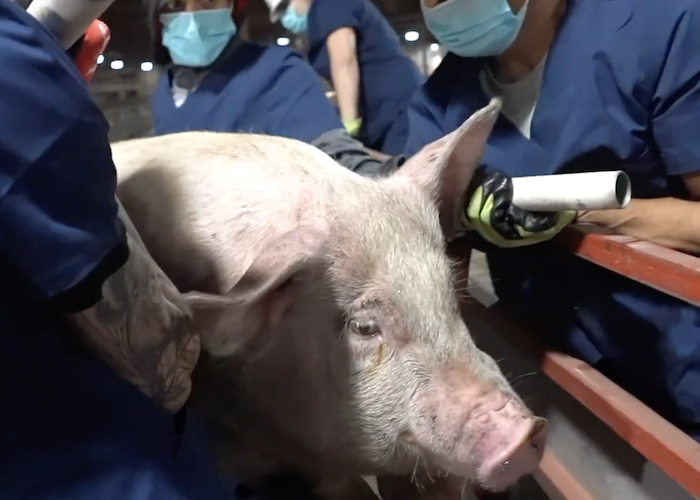 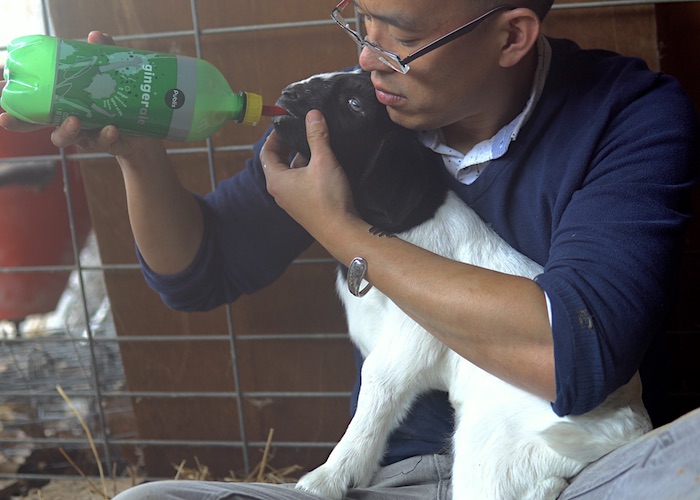 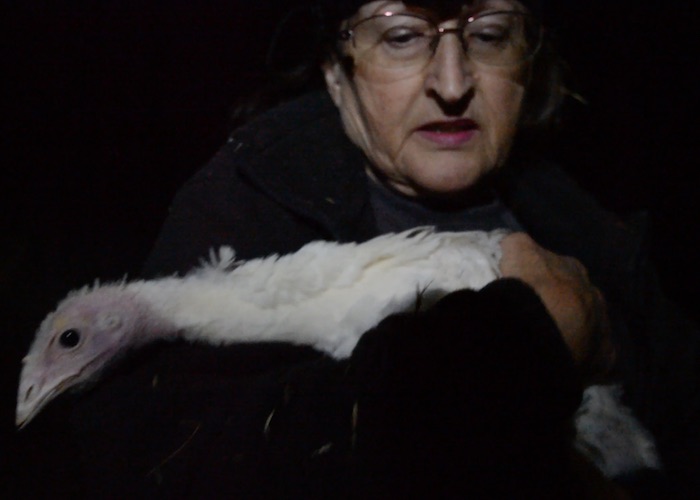 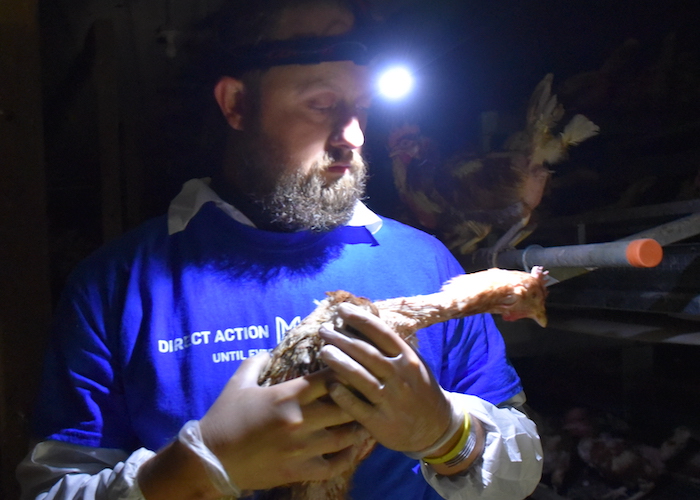 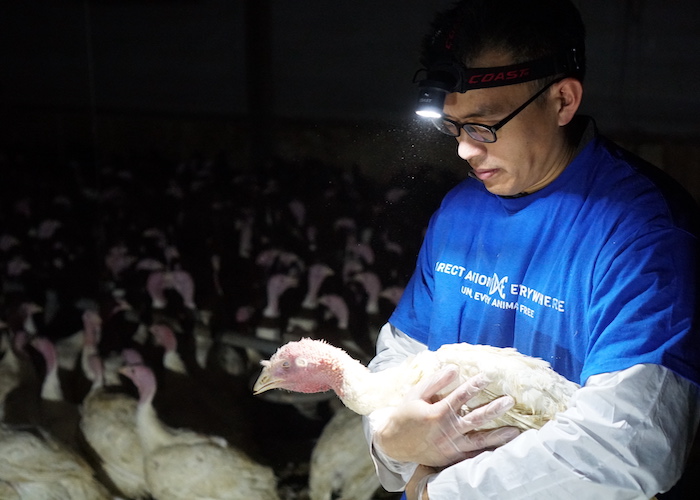 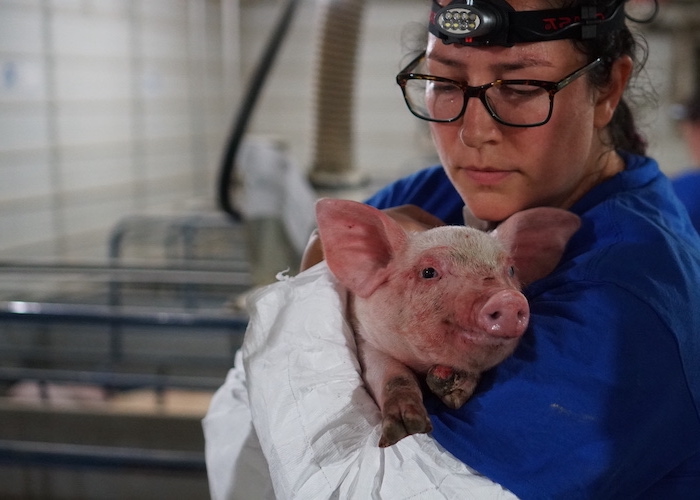 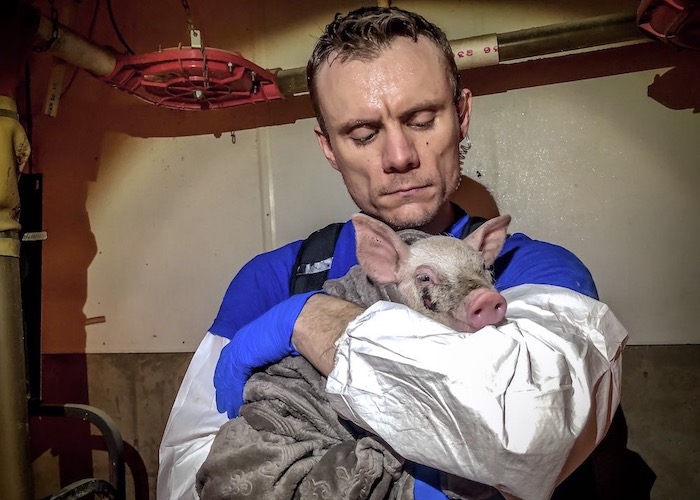 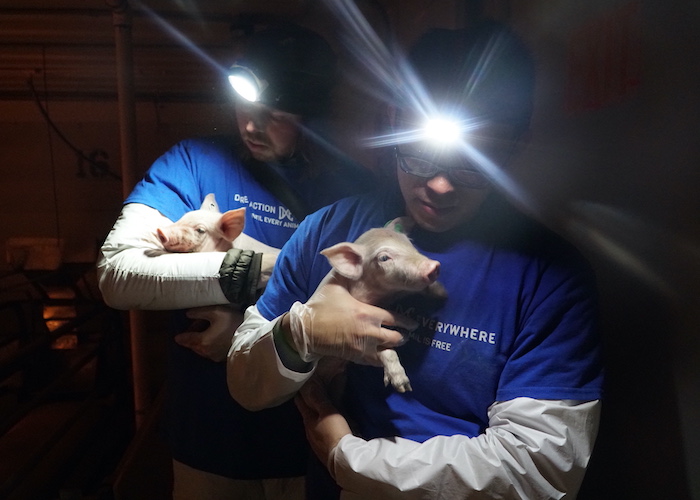 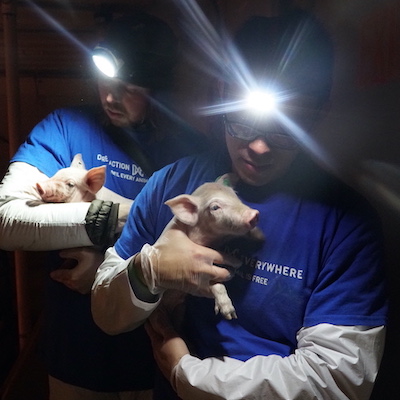 Washington County, UtahOct. 8, 2022
Victory! The jury in the #SmithfieldTrial unanimously found Wayne and Paul NOT GUILTY on all charges for rescuing Lily and Lizzie from Smithfield's Circle Four Farms. This groundbreaking verdict shows that the public supports the right to rescue animals from abuse. Please spread the word! 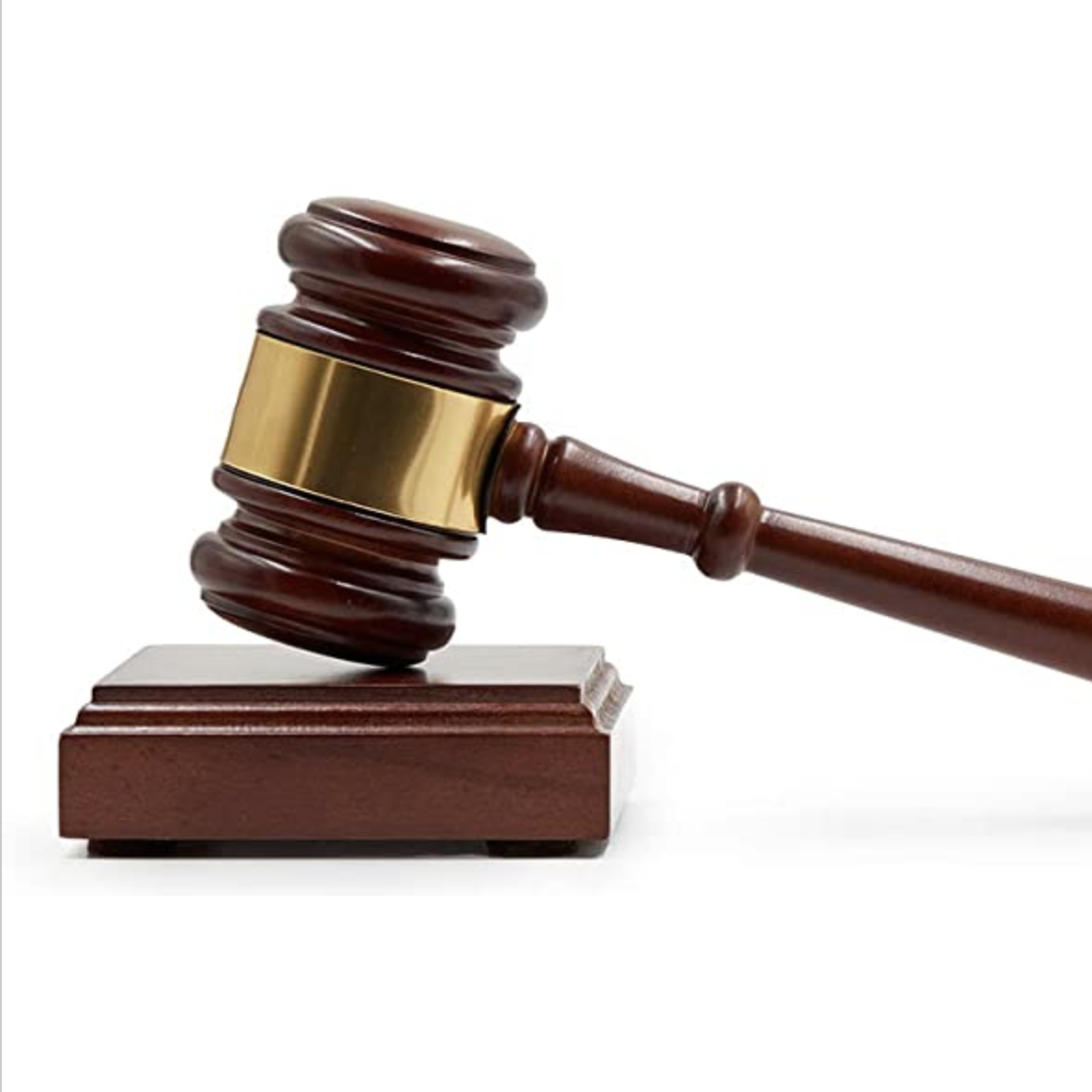 Beaver County, UtahSept. 8, 2022
Judge Wilcox ruled, over the defense's objection, to make the jury anonymous. It’s a move typically reserved for trials involving violent organized crime, with only one known use in Utah history, before now. This decision could indicate to jurors that the defendants are violent people to be feared, instead of compassionate individuals trying to protect the most vulnerable.

Merced County, CaliforniaJune 15, 2022
Former Baywatch star Alexandra Paul and co-defendant Alicia Santurio entered “not guilty” pleas in a new rescue case. In September 2021, activists rescued birds from a slaughter truck that was stopped on its way into the Foster Farms slaughterhouse in Livingston, CA. In Spring 2022, Alexandra and Alicia received theft charges in the mail related to this rescue.

Beaver County, UtahMay 30, 2022
Trial dates are set for Wayne and Paul in Utah: Sept. 9-16. DxE is organizing a convergence in Utah during the trial to show support for animal rescue, build community with one another, and take action together to expose Smithfield’s Deathstar to the world.

Beaver County, UtahFeb. 24, 2022
Utah Judge Jeffrey C. Wilcox, who will preside over the #SmithfieldTrial, granted the State’s request to exclude the Operation Deathstar video and all evidence of “inhumane animal conditions” at trial, except to prove the value of the specific piglets who were rescued, Lily and Lizzie. The State argued that the footage would be prejudicial because it would arouse horror in the jury, but that is exactly why the jury should be allowed to see it. 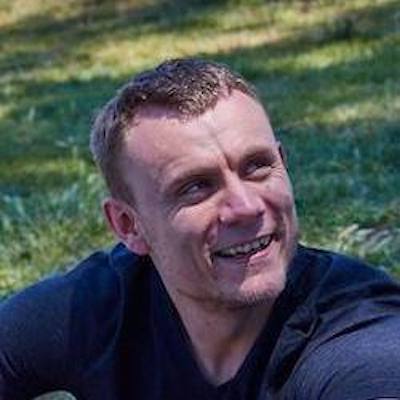 Wright County, IowaJan. 19, 2022
VICTORY! Just one day before trial was set to begin, all charges against DxE investigator Matt Johnson were DROPPED. International media outlets had requested coverage and people from around the country were planning to attend the trial to support the right to rescue. Could it be that the industry got scared of the public attention? We were going to expose Iowa Select Farms’ gruesome cruelty in court, but instead of going away, we are now using this victory as an opportunity to keep fighting "ag-gag" laws and defending the Right to Rescue. 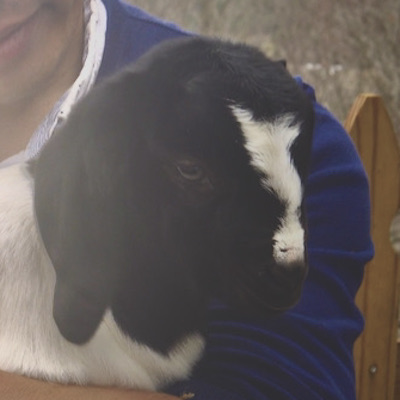 Transylvania County, North CarolinaDec. 6, 2021
GUILTY: The jury found Wayne guilty on both counts: felony breaking or entering and felony larceny. The Judge issued a suspended sentence. Wayne will have to do two years of supervised probation and pay $250 in restitution, but no jail time. He plans to appeal. 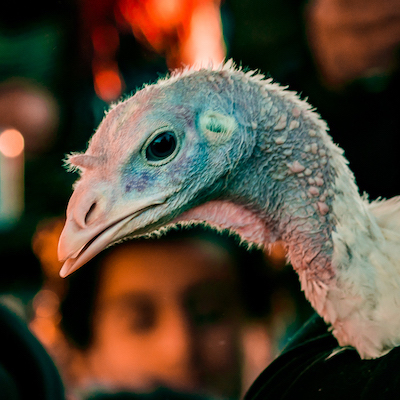 Sanpete County, UtahNov. 24, 2021
Case dismissed! The felony case against Wayne Hsiung and Paul Darwin Picklesimer for rescuing turkeys from a Utah farm in 2017 was just dismissed because the company and prosecutor agreed that "the criminalization of this nonviolent investigation and rescue is unnecessary." This is a step toward the #RightToRescue! Please share this important news on Facebook, Instagram, or Twitter. 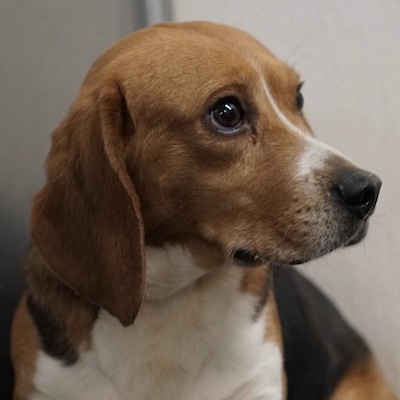 Dane County, WisconsinAug. 18, 2021
We got a new case! Eva Hamer, Paul Darwin Picklesimer, and Wayne Hsiung were charged for rescuing three beagles from Ridglan Farms, a massive breeding and research facility that raises beagles for horrific experiments like force-feeding them laundry detergent until they vomit blood and die. The defendants believe the public will support their actions in saving these dogs.

All donations doubled until January 1